What does the Quran say about FIGHTING? 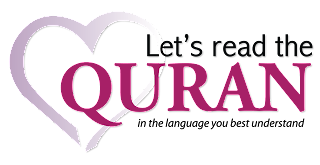 In yesterday’s post, we shared about jihad. I also noted that many mistakenly equate jihad to ‘fight’ but the root word for jihad is actually ‘to strive’.

The right word for fight in the Quran is qital and those derived from it.

Today we will look into the Quranic concept of qital and when are we allowed to fight. The Quran not only allow us to fight but see it as a duty to do so within the right conditions.

However, as a note, according to historians, in his 23 years of his Prophethood, actual fighting was only 3 days. That should give an indication about the Quran’s and the Prophet’s position on fighting – for those who use their intellect – both Muslims and Non-Muslims alike 😊.

As usual, I would like the Quran to speak for Itself.

Let me share about 10 in this entry. All emphasis are mine to help readers focus on a particular message.

1.    PERMISSION [to fight] is given to those against whom war is being wrongfully waged and, verily, God has indeed the power to succour them. Quran 22:39

2.    AND FIGHT in God's cause against those who wage war against you, but do not commit aggression-for, verily, God does not love aggressors - Quran 2:190

5.    But if they break their solemn pledges after having concluded a covenant, and revile your religion, then fight against these archetypes of faithlessness who, behold, have no [regard for their own] pledges, so that they might desist [from aggression]. - Quran 9:12

6.    Would you, perchance, fail to fight against people who have broken their solemn pledges, and have done all that they could to drive the Apostle away, and have been first to attack you? Do you hold them in awe? Nay, it is God alone of whom you ought to stand in awe if you are [truly] believers! – Quran 9:13

7.    Hence, if two groups of believers fall to fighting, make peace between them; but then, if one of the two [groups] goes on acting wrongfully towards the other, fight against the one that acts wrongfully until it reverts to God’s commandment; and if they revert, make peace between them with justice, and deal equitably [with them]: for verily, God loves those who act equitably! - Quran 49:9

8.    As for such [of the unbelievers] as do not fight against you on account of [your] faith, and neither drive you forth from your homelands, God does not forbid you to show them kindness and to behave towards them with full equity: for, verily, God loves those who act equitably. - Quran 60:8

9.    God only forbids you to turn in friendship towards such as fight against you because of [your] faith, and drive you forth from your homelands, or aid [others] in driving you forth: and as for those [from among you] who turn towards them in friendship; it is they, they who are truly wrongdoers! Quran 60:9

10. BEHOLD, God has bought of the believers their lives and their possessions, promising them paradise in return, [and so] they fight in God's cause, and slay, and are slain: a promise which in truth He has willed upon Himself in [the words of] the Torah, and the Gospel, and the Qur'an. And who could be more faithful to his covenant than God? Rejoice, then, in the bargain which you have made with Him: for this, this is the triumph supreme! – Quran 9:111

Please do contribute more Quranic verse/s with the same theme should you like to.

Google and find out more.  😊