Diversity is a gift and it is part of His plans 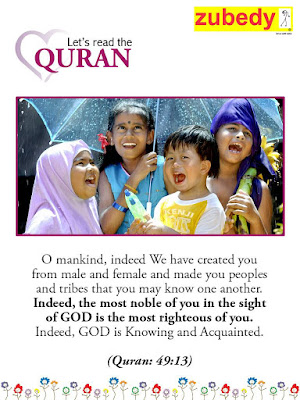 Integrity is in his blood BY Shaila Koshy - The STAR

We do not make any distinctions 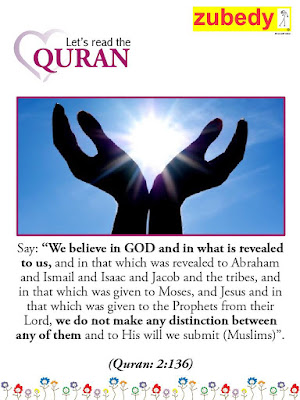 Islam's history did not start in the Arab land. Islam is a world religion. Prophet Muhammad is the seal of the Prophets. Many named and unnamed ones came before him. Who were those from India, China, Americas, Central Asia, Antartica, Africa etc etc? We are told not to make any distinctions between them. Peace.
Posted by anas zubedy at Sunday, June 28, 2015 No comments: 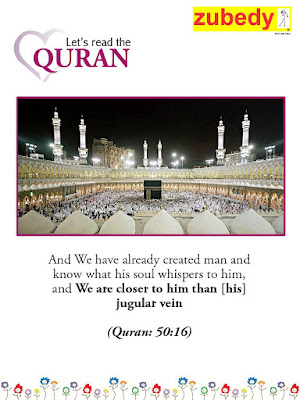 In Islam, while we have pilgrimage, we do not need to take even a step to be closer to God. No traveling or cost involved. The liberalization and democratization of the relationship between man and God. We also do not need intermediaries. This verse is a radical change from the past . Salam.
Posted by anas zubedy at Saturday, June 27, 2015 No comments:

Love between 2 is part of His Signs and Mercy :) 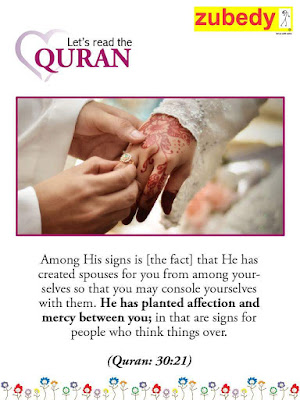 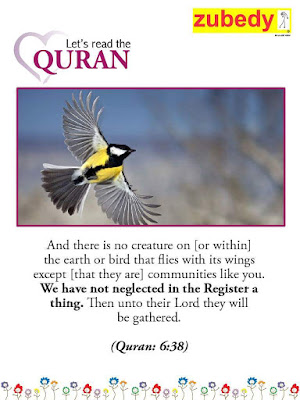 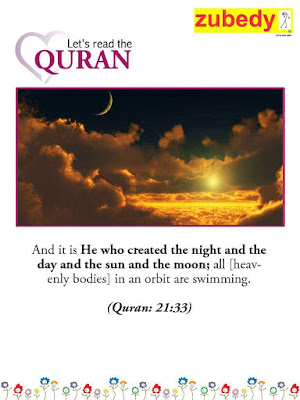 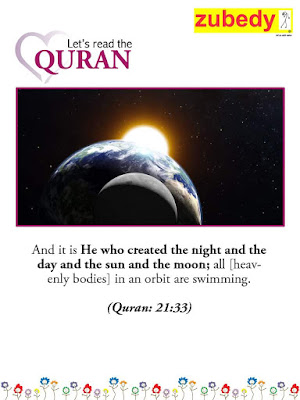 The English Medium School--- A Panacea? by Dr. Chandra Muzaffar

While the desire to improve the standard of English in the school system is commendable, some of the arguments made on behalf of the language in the media recently are deeply flawed. I shall focus briefly on three of them.

Some of the champions of an English medium school system have given the impression that such a school system is a panacea for all our ills. It is because of its English medium school system--- they opine --- that Singapore has made such remarkable progress. It is true that within the prevailing global capitalist order, Singapore has done well in terms of its ability to ensure a degree of economic prosperity for a significant segment of its population. This is due largely to its competent, dedicated political leadership, its effective implementation of public policies, its determination to curb corruption and its willingness to recognize and reward ability and excellence. The English medium school would be a minor factor in this accomplishment.

To appreciate this, one has to look at another ASEAN state which uses English widely within and without its education system. For decades the Philippines has been burdened with abject poverty, huge social disparities, and widespread corruption. Even in our case, it is problems such as the increasing gap between the ‘have-a-lot’ and the ‘have-a-little’ and corruption that we should be focusing upon.

It has also been argued that English medium education is vital for the mastery of science and technology. If we look at the list of nations that has developed a strong scientific foundation since the Second World War, the majority have done so through languages other than English. This would include countries such as China, South Korea and Cuba. Substantive investments in Research and Development (R&D), active promotion of patents, sustained support for academic research and the production of academic papers and continuous emphasis upon the creation of doctoral graduates in mathematics, science and engineering explain their success. Malaysia lags behind in all these spheres of scientific activity.

There is a third fallacy associated with the English medium school. It is said that such schools promoted national unity in the past. As I pointed out in an article dated May 27 2013, since a number of urban and semi-urban schools in the sixties had students from different ethnic backgrounds, there was some interaction across ethnic boundaries. Unfortunately, these schools became less and less multi-ethnic from the seventies onwards as more and more Chinese parents chose to send their children to Chinese medium primary schools. A negative attitude towards education in Bahasa Malaysia, declining standards in national schools from the late eighties and the transformation of many of these schools into preponderantly Malay- Muslim entities that have emphasized Islamic rituals since the nineties, would be among the  reasons why Chinese, and to a lesser extent, Indian Malaysians, have abandoned Bahasa schools. It is because the schools both in terms of students and teachers have become mono- ethnic --- and not because of the language medium --- that they are no longer capable of promoting inter-ethnic interaction.

In fact, Malay as a language has a superb record of facilitating inter-ethnic interaction and integration reflected in its role in bringing diverse ethnic and sub-ethnic groups together in the entire Nusantara region over centuries. This is why it has been hailed by linguists as an outstanding example of a language of inter-ethnic communication. It was through the Malay language that small Chinese communities --- the Peranakan --- in pre-colonial Malaysia integrated into Malay society and even helped to shape Malay culture.

This is why we should be cautious about drawing superficial conclusions about either Malay or English and national unity. Wouldn’t it be silly to suggest that English is a language of disunity simply because the principal actors in the three major inter-ethnic eruptions that occurred in the late fifties and sixties --- the MCA-UMNO crisis in 1959; the separation of Singapore from Malaysia in 1965; and the May 13th Riot in 1969 --- were all English educated men, products of English medium schools?  It goes without saying that the real reasons for these eruptions were embedded in the socio-political environment of the time.

It underscores the importance of examining the challenge of the declining standard of English from a much broader and deeper perspective. Our general level of performance and competence as a nation and how it impacts upon the school system and how shortcomings in the school system have influenced the teaching and learning of English need to be addressed with sincerity. The National Education Blueprint for Schools (2013 -2025) comes to grips with some of the issues. But more has to be done to produce a generation of Malaysians who can function effectively in both Malay and English.

When I read William Pesek’s latest commentary on Bloomberg View, I barely recognised the country he was writing about. He starts by referring to Malaysia’s “underlying economic distress” and “prolonged slow growth”, which he says are caused by “race-based policies that strangle innovation, feed cronyism and repel multinational companies.”

The facts, however, are these:
Yours,

A book on unity to inspire a song - The STAR


SUBANG: Not many hit songs are related to unity, but local singer Zainalabidin Mohamed and businessman Anas Zubedy hope to create one with the theme Pelbagai Warna, Satu Bangsa. (Many Colours, One Nation)
Launching a book titled Pelbagai Warna, Satu Bangsa, Zainalabidin said it should be owned by every Malaysian and would bring people together.
“I believe in the value this book carries and just as I use music to tell my love for nature (in his chart-topping number Hijau), I want to carry the spirit of this book through a melody,” said Zainalabidin.
He added that music was a strong medium to influence youth and hence his collaboration with Anas, the author of the book.

Unity’s song: Anas (standing, in yellow) and Zainalabidin (on Anas’ left) at the book launch of Many Colours, One Nation.
Anas said the book was meant to create moments of unity among Malaysians.
“The goal is to achieve unity in diversity. What we have today is social cohesion and creating moments of unity will help us achieve national unity faster,” said Anas, the managing director of Zubedy (M) Sdn Bhd.
The Malay version was launched so more Malaysians could read and understand the book, according to Anas.
“We hope every Malaysian will will own this book and share the content with their family, and more Malaysians understand the Malay language,” said Anas.
In the book, there are blank pages for readers to write down thoughts which, according to Anas, would encourage people to remember their moments of unity with other races.
“For example, we ask readers to think of things we could share on the Chinese or other races in the book. This is to show more unity moments,” he explained.
The book, which includes the stories of the difference races in Malaysia such as Chinese, Malay, Indian, Serani, Iban, Kadazan and Orang Asli is sold at major bookstores nationwide.
The Malay version costs RM26.90 and English version RM27.90.

article was taken from The STAR
Posted by anas zubedy at Tuesday, June 23, 2015 No comments:

SUBANG JAYA: A group of students joined Anas Zubedy at the launch of his newest unity themed book to introduce and promote the cultures of the nation's various races here today.

Anas, the managing director of Zubedy (M) Sdn Bhd, was at Sri Kuala Lumpur International School for the event with popular singer Zainalabidin.
"As parents and adults, what we do and say is imitated and transferred to our children. Sometimes, we, without even realising or having the slightest intent to be malicious, say things about other races that may not be in good light.
"This book is for parents and their children as we strongly feel that education starts at home. In this book, parents and their children can write their 'nice list' about other races," he told reporters.
The book, titled Pelbagai Warna, Satu Bangsa, is the Bahasa Malaysia version of his English book, Many Colors, One Race, which was published in 2013.
Like the English version, the book is a collection of stories of different races in Malaysia namely the Malays, Chinese, Indians, Eurasians, Ibans, Kadazans and Orang Asli.
Zainalabidin said that the concept behind the book is a commendable effort in bringing Malaysians together and hoped to see more such efforts.
"We are coming up with a new song to recognise the ethnics in Malaysia as music is a platform to create unity between all races. The released date has yet to be confirmed," he added.
On Aug 25, Anas will launch a "Say Something Nice" programme at Inti College, Subang Jaya.
article was taken from The Sun Daily
Posted by anas zubedy at Tuesday, June 23, 2015 No comments:

The first word given to Prophet Muhammad is 'Read' Quran 96:1 :) 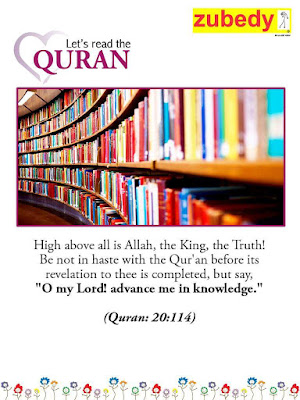 According to the Quran, God is very close to ALL of us (refer verse in picture below).

He is with us all the time, the rich, the poor, the good looking the not so good looking - The concept of The Merciful God.

We do not need to travel far, spend a single sen to get to him. He is in every home we reside in and every country we chose to be a citizen to.

That is why, in achieving Taqwa ( Piety/God-Consciousness) , pilgrimage or Haj is not listed in 2 :177. When we have money we are asked to "give wealth, in spite of love for it, to relatives, orphans, the needy, the traveler, those who ask [for help], and for freeing slaves; ".

I am not surprised that Haj is not mandatory(unless u can afford it) to Muslims. God is Merciful.