Have A Meaningful Christmas - Wednesday in The STAR 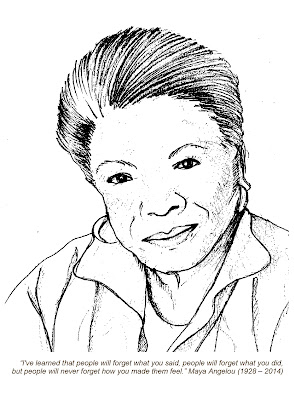 Let us be Moderate:
The Golden Rule

In our Deepavali message, we elaborated the sixth point of the Ten Principles for a Moderate Malaysian. For Christmas, we would like to share the seventh principle. Do look forward to the upcoming three.
Principle Number Seven.

I will practice the Golden Rule. I will treat others as I would like others to treat me. I will not treat others in ways that I would not like to be treated.

2.   How and when to use the Golden Rule?
The Golden Rule is crucial for a nation like ours; a nation with many different race, religion and cultural backgrounds. It is important that we are sensitive to the needs of others and avoid wounding our brother and sister Malaysians. The Golden Rule emphasizes on empathy and compassion. When we understand and apply this rule, we do not call the Chinese and Indians as pendatang and at the same time refute that this nation descended from a Malay polity. 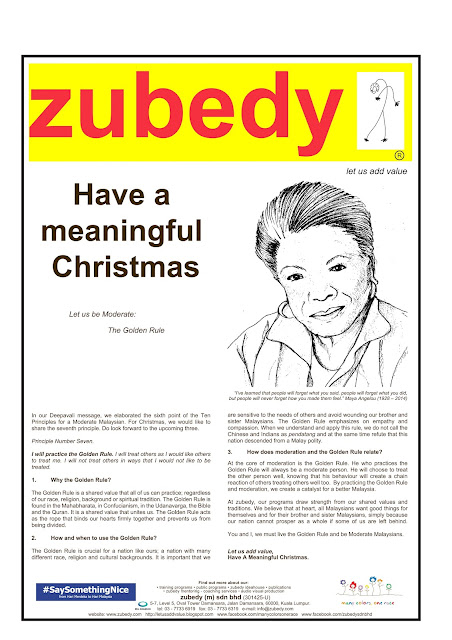 Posted by anas zubedy at Tuesday, December 22, 2015 No comments: