The Real Malaysia - A tale of three Malaysians

Let me tell you a story about the real . It’s a tale of three Malaysians.

My mother grew up poor, and until today she does not know how to spend money. I must admit I have the same problem, though I’ve been trying very hard to practice some self-love, hence the BMW. Each time I send Umi back to , I am very unhappy to send her off on the Plusliner bus. I’d rather have my driver drive her back, or put her on the Aeroline. But Umi always insists on the cheapest bus possible. 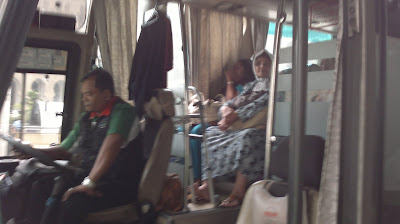 So there I was beside the Plusliner. And thanks to Umi’s prudence I got to witness the real .

The bus was scheduled to leave at 1 p.m. but one of the passengers had not arrived yet. Waiting with me were two men. 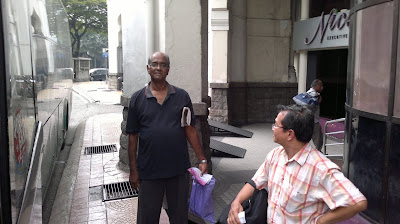 The man on the left was asking the bus driver to wait, on behalf of his wife or sister or his friend who was late. Without a complaint or show of unhappiness, the bus driver graciously agreed. The man on the right, in the check shirt, had a ticket for a later bus, but he came early to see if there was a chance he could board an earlier bus.

As someone was late and a seat was available, he could have just insisted to take the seat and not bother about the lady who was late. It would be his right. Instead, he took the trouble to talk to this man and arranged that if she cannot get there in time, they could exchange tickets so that she can board the next bus.

Now a few things struck me about this. First of all, the bus driver had the right to just depart once it was one o’ clock. If in , the bus would definitely leave at 1 pm sharp. It would be his right to go. The power was in his hands to wield, but he was not arrogant and did not try to impose it. Instead, almost naturally he waited.

What about the Chinese guy? There was an opportunity when there was an empty seat, but did not insist on his right, even though it would be in his own self interest.

What was amazing about all this is there seemed to be an unwritten cultural understanding. If it were not so, to follow the rules would mean that at one o clock the bus would move, and at one o clock the Chinese man could gladly take the empty seat. But instead of taking care of their own interests, they were flexible enough to give, to compromise for the sake of others. 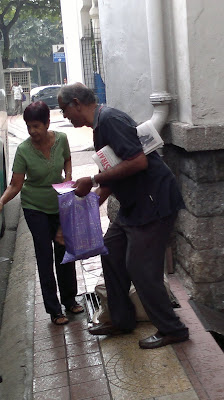 When the lady arrived, she looked at me and apologized. She didn’t have to. She was only eight minutes late. Perhaps she knew that I was hoping to get the chance to catch Friday prayer.

And I’ll tell you why we’ve got hope.

Later, when all were on board, the bus driver prepped himself. 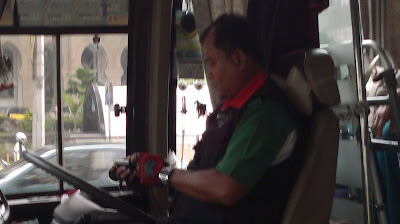 He was putting on hands-free earphones. 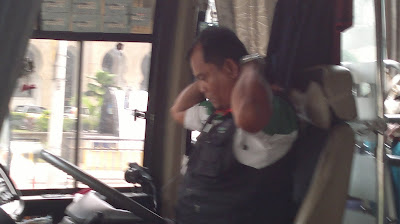 So the Plusliner departed, and I waved goodbye to Umi. On my way back, this is what I saw: 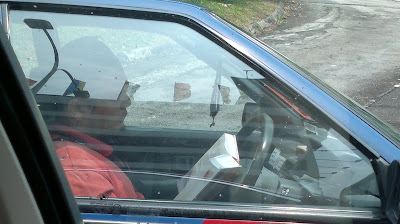 This tale of three Malaysians is the real . This is the real at the ground level, the we can learn about from the people who take the Plusliner.

I couldnt agree more. I'd been taking buses since young (to and fro Singapore) and I was so frustrated with the bus company. WE, the poor customers had to wait for the bus to get full or at least 80-90% full. That's why I have switched to First coach, more professional.

compassion and understanding is everywhere, take discerning perspective to find it.

FYI,human being could be the kindest to his own species but also the cruel-est...

There are 2 sides of a coin. What about the rights of the rests in the bus who were supposed to be able to leave at 1pm?

Well, according to your train of logic in that infamous letter to Malaysian Insider, the Chinaman should have apologized to the bus driver for coming earlier to check if he could get earlier seats, shouldn't he? By doing so he stepped out of bounds of his usual role and rights. How dare he! Such disrespect in not understanding his role and the role of the bus driver! He clearly troubled the bus driver and thank god Mr. bus driver didn't should ketuanan pemandu bas!

Further, he should also not open his mouth to request anything as clearly the seat was "owned" by the Indian lady eventhough it was empty. How dare he suggest that he could have equal rights as the original owner! Apologize immediately Chinaman!

Also, Lim Kit Siang must retire for allowing this stupid Chinaman to dare to dream that he has a right to board another different bus.

So Anas, I guess you're pretty conflicted, but that's ok for a foreigner who considers himself bumiputera. We all have to start somewhere.

And btw, your thoughts on Bersih 2.0? Doesn't matter as well, as we can all see in the aftermath.

You may be bold to write an open letter, but I hope you're bold enough to live with people who recognizes your ignorance around you now.